Imagine a situation, as a parent, where major global financial upheaval is followed by a war never seen before in the history of mankind. At a time of great uncertainty, you have to raise a child to the best of your abilities.

It is late at night and the child becomes very sick. You feel helpless. There is no Internet. But you have a book close by and like 500,000 other parents, you reach out and page through the book for answers.

The year is 1946. The book is called Baby and Child Care. The author is the winner of a gold medal at the 1924 Olympics, a Yale graduate and a Columbia University professor who carved out a legacy for himself as one of the world’s best-known pediatricians – Dr. Benjamin Spock.

By the time of Dr. Spock’s death in 1998, 50 million copies of this book were sold; 500,000 copies were sold six months after its first publication.

Today, if the same Dr. Spock tried to write a book, any book, on parenting he would face some serious competition from another doctor – Dr. Google. And from prestigious organizations such as Toronto Sick Kids Hospital, Boston Children’s Hospital, The Mayo Clinic, The Canadian Pediatric Society and the American Academy of Pediatrics.

Online health information seeking has become an almost automatic behaviour for some parents and the motives vary widely from being curious to being diligent to being extremely worried. Sadly, the latter category is what leads to unfortunate friction between some doctors and their patients. I never use the term “Dr. Google” with my patients. I think it is disrespectful and derogatory and even if a clinician invested many hours of training to become a doctor, there is no reason to be smug and supercilious toward those who suffer. 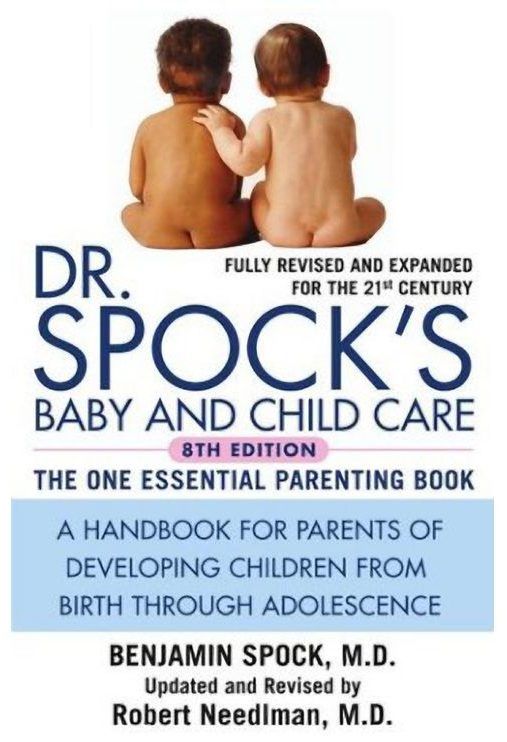 Instead of being critical of folks who do their “research” online, why not teach them how to harness online information-seeking optimally and intelligently?

In the Journal of Medical Internet Research, an article published in 2020 looked at multiple studies done between January 1994 and June 2018 concerning online health information-seeking. The authors concluded that there are huge gaps in guiding parents how to use the web effectively for health purposes. More information on this very comprehensive research can be accessed via www.ncbi.nlm.nih.gov/pmc/articles/PMC7479585/?report=printable

I have been a member of the American Academy of Pediatrics since 1987, before there was the Internet and when Dr. Spock was still alive. Fast forward to today and visit a fabulous resource by the Academy for parents and one has to marvel at the positive ways technology supports parents keen on being literate when it relates to online information-seeking. I am referring to a site which is considered the most comprehensive of its kind: www.healthychildren.org. This site is available in both English and Spanish. It is frequently updated and the only controversy I am aware of is that the Academy used to allow a wide variety of sponsors to give money to maintain the site. Sadly, Coca-Cola was one of the sponsors a few years ago. That error is now corrected.

In typical Canadian fashion, the Canadian Pediatric Society (CPS) also has a site which is more discreet when it comes to sponsorship. I recently visited this site and noticed that the CPS is asking for parents to join their advisory committee, hoping that hearing from parents themselves will make the site more user-friendly (See www.caringforkids.cps.ca)

The gold standard for most of these sites is to be objective, unbiased and scientific. I think COVID has illustrated clearly that we can aspire to reach those qualities, but once a topic becomes politicized, it is game over; science is cherry-picked to suit a political or cultural agenda.

What about a site run by one doctor – a highly intelligent MD, with great charisma and superb communication skills – who like a Pied Piper generates millions of followers. Let us say this doctor is a professor at Yale and let us say the topic relates to what many parents around the globe experience far too often: sleepless children and thus exhausted and fearful parents at sunrise.

Meet Dr. Craig Canapari, who also has a prominent social media presence. Canapari is the director of the Yale Pediatric Sleep Center and his site (www.drcraigcanapari.com) reaches a wide audience; far wider than the author of one of the first books on sleep problems in children, Dr. Richard Ferber, who wrote his bestseller, Solve Your Child’s Sleep Problems, prior to the existence of Internet technology.

Occasionally, I am honoured to see a baby with both the mom and grandma in the room. It is not uncommon for me and the grandmom to reminisce over Dr. Spock’s dog-eared book which worked so well after midnight many moons ago; very often the mom has no idea who Dr. Spock was. As Bob Dylan sang, The Times They are A-changin’.

Sign up to receive daily headline news from the Calgary Herald, a division of Postmedia Network Inc.

Thanks for signing up!

A welcome email is on its way. If you don’t see it, please check your junk folder.

The next issue of Calgary Herald Headline News will soon be in your inbox.

We encountered an issue signing you up. Please try again